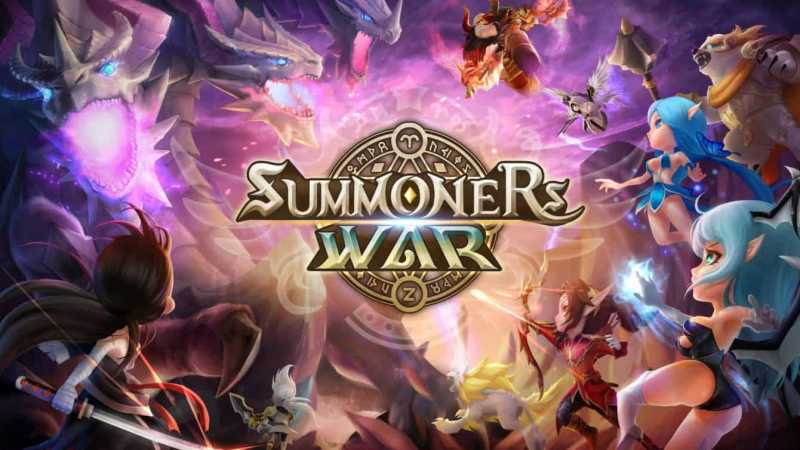 What is Summoner Wars: Sky Arena?

Summoners War: Sky Arena is an online multiplayer game where you will be in different combats that are executed by turns. It is a role-playing video game where you will take the role of a monster summoner by opening scrolls, in order to face them in battle against others.

The game has a collection of more than 400 monsters with different skills that you can mix together, along with the best strategies to win. In addition, you will get the best scenarios very well elaborated, where the confrontations will take place.

Likewise, the game presents a good battle system, where you will fight with up to 25 players from different parts. It is necessary that you form a good team, with the best strategies and be the only survivor in the arena. It features high-resolution 3D graphics.

The best of all is that you can now install its latest version from our AppMarket and start your play. Choose the best monsters and get the triumph.

Dominate the sky arena in every battle

The first thing you have to do is to build a village or a base of operations, where you have to construct buildings to summon monsters and merge them. This allows you to improve the level and skills of each one, so they will be invincible in fights. Likewise, in your village you will have access to gems and scroll, to summon more creatures.

In addition, the most important aspect of the game is the Cairos Dungeon, a place where you will cultivate runes or special stones to improve the monsters. They are grouped in sets of 2 or 4 and have different effects. Likewise, the monsters are classified into 5 elements, water, fire, wind, light and darkness, all of which have different skills, support, defense, duration and attack capacity.

To summon or awaken the monster, you need essences according to its element and these are obtained in the section called Keeper. Then, comes the confrontation, which takes place in turns, where you will have total control of the creature, choosing the type of defense and ability.

In the combats you will get three game modes. First, you get the standard PVP or matchup against the AI of a predetermined team of another user. These are performed in order to obtain rank points that are transformed into bonuses at the end.

Second, there is the Guild War, a massive fight between 10 or 25 participants from the game's established AI. Based on the results, the players will receive weekly in-game prizes.

Finally, there is the World Arena, real-time confrontations against another player. These are done in turns, selecting a group of 5 monsters. After doing this, each player has the power to ban a monster from the other and the play begins.

The fight will end when one of the participants manages to kill all the monsters of the rival. The reward is points and medals depending on the rank and the loser loses some points earned in the game.

Summoners Wars: Sky Arena stands out among the role-playing games for its content and 3D high-definition visuals. It provides all the elements to improve and level up the monsters, which increases your possibilities of winning in battle. Other of its striking characteristics are:

In short, Summoners War: Sky Arena is an excellent RPG that takes place in a fantastic world where you will win by summoning the most powerful monster.