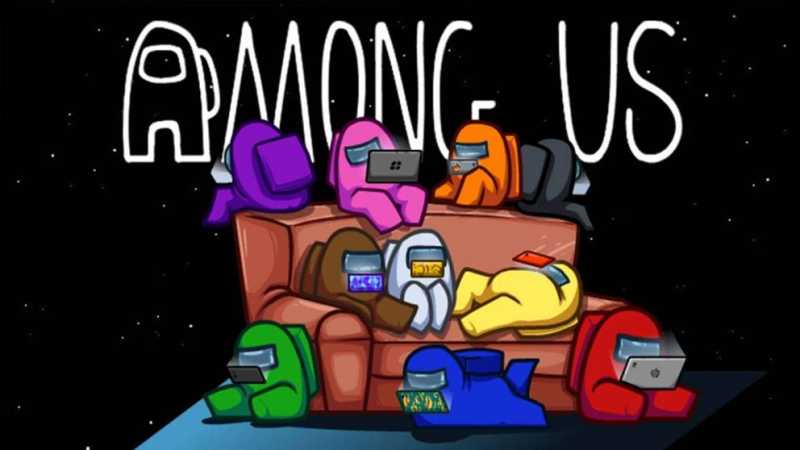 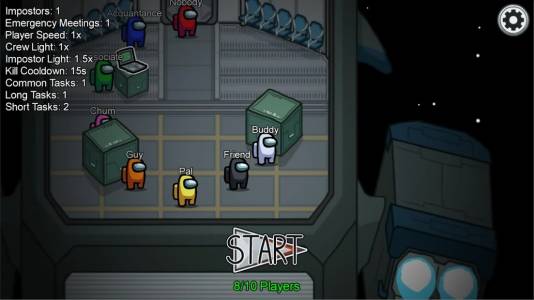 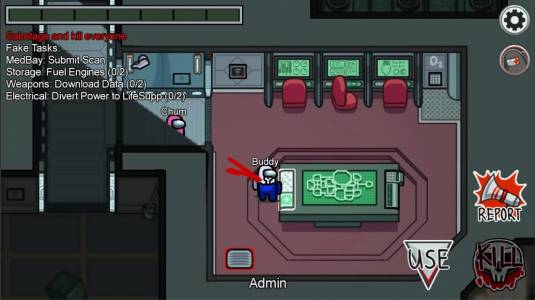 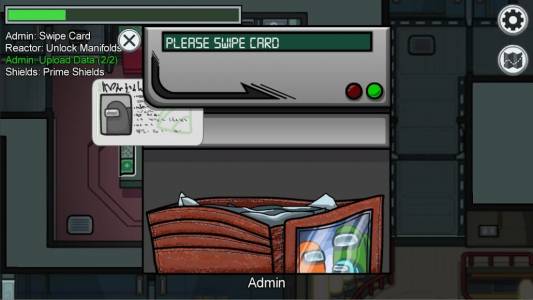 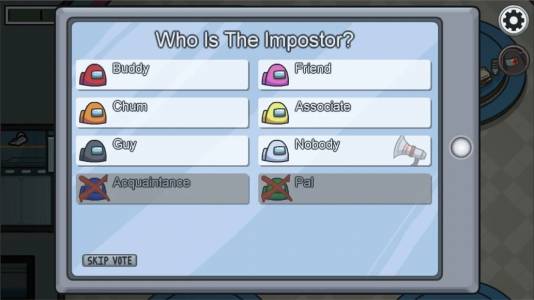 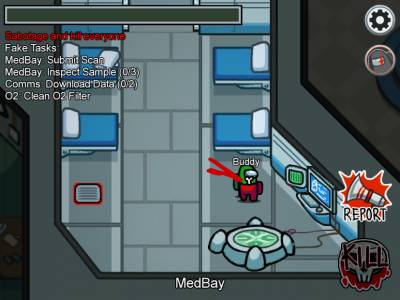 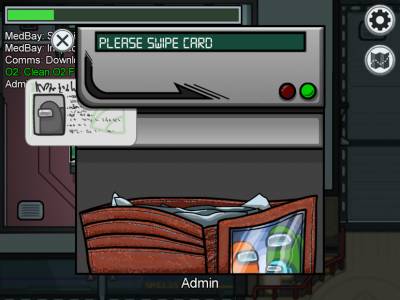 Description of Amoung Us

Among Us is an action and intrigue game that consists of finding the impostor before it is too late. It is a multiplayer game to be played by 4 to 10 people, one or two of them are assigned to kill without anyone knowing who they are.

In this game, some players try not to be discovered and others must discover them. To start with the adventure, you can do it online or download the free game available for iOS and Android operating systems. Join the crew of the spaceship and discover the intruder who wants to destroy the team!

The app is designed for mobile devices. It has simple graphics that are not looking for realism, but fun. It comes with an intuitive, easy-to-use interface with controls that allow you to scroll with a simple touch of the screen. You can interact with the objects of the game and, in case you are the impostor, it is very simple to kill the players.

It is a game set in space, a role is assigned as a crewmate or an impostor, which must remain secret from the crewmates. The objective of the impostor is to finish with the whole crew by killing them, but if you are one of the crew, you must discover the impostor and avoid being killed.

Discover the impostor who is hiding among the crew

Since its launch date, the term impostor is directly related to Among Us, a game that has caused a sensation all over the world. To start, you just have to download the game in its latest version from our App Market.

The game starts on the ship where you can access the different rooms using a map. In these rooms, there are missions that you must fulfill. While everything happens, there is an impostor who is in charge of killing a crew member. At the first reported casualty, the decision to choose who is the impostor is put to a vote through a chat.

If one of the crew members is selected, he is dismissed from the ship and killed. The game will tell whether or not it was the impostor, how many crew members are left and the game continues with all participants acting without raising suspicion.

The ship has maps, ventilation ducts, and everything necessary for the impostor to carry out his missions, as well as the crew. Although it is a very simple mechanic game, the intrigue and the suspense make it attractive for all kinds of people.

Dismiss the impostor and save the ship!

Among Us is a multiplayer game that you can share with friends or players from all over the world. It presents challenges in every update, quests, missions, and everything necessary to extend the fun for hours. These are some of the most remarkable features of this game:

In conclusion, Among Us is the sensation of the present time that gathers people of all ages to discover the impostor. Thanks to the game strategy, it is a fun, simple, and safe pastime. Are you ready for the challenge?